Chester’s history began long before there was a Chester, New York.  Sugar Loaf Mountain, which rises 1140 feet above sea level, is perhaps the most prominent evidence of the processes that occurred eons ago that shaped our local topography.  As the last glaciers receded nearly twelve and half thousand years ago. People came here and have populated what we call Chester ever since. Dutchess Quarry Caves, just a few miles west in the Town of Goshen, were used for shelter and hunting camps from the early post glacial period up into colonial times.

At the other end of town, near the border with the Town of Monroe, in Goosepond State Park is the Greycourt Rock Shelter which has been used for at least 5,000 years. It was reputed to be one of Claudius Smith’s hideouts during the Revolutionary War.  Even before the first European settlers reached Orange County, the native people then living here, the Lenape (meaning “The People”)  had been decimated by diseases introduced to North America by the earliest European explorers. It is estimated that roughly ninety percent of the native population succumbed before the European settlers ventured inland from their sea side outposts. 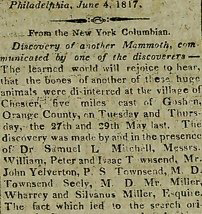 Many mastodons and other ice age fauna have been excavated from the black dirt region which runs through Chester and down into northern New Jersey. The June 18, 1817 issue of the United States Gazette reported: ”Discovery of Another Mammoth…” made in Chester by Dr. Samuel L. Mitchell, Messrs. William, Peter and Isaac Townsend, Mr. John Yelverton, P. S. Townsend, M. D. Townsend Seely, M. D. Mr. Miller, Wharrey and Silvanus Miller, Esquire.“ “Sugar,” the Sugar Loaf Mastodon on display at Orange County Community College was discovered in May of 1972 on a black dirt farm near the Warwick/Chester border. Before it was drained in mid-nineteenth century, this swamp accumulated thousands of years of organic sediment including creatures – both large and small. The absence of oxygen below the water table thus preserved everything from pollen to mastodon skeletons!

Our area was first settled by Europeans in the 1700s. Sugar Loaf was an active hamlet of craftsmen, serving the surrounding farms by the 1740s. John Yelverton built his home and Inn about 1755 which still stands on Main Street near Academy Avenue where the major colonial trails crossed in southern New York: the Minisink Trail and Road through the Ramapo Pass (Connecting the Hudson River to the interior) and the King’s Highway (Trenton, N. J. to Newburgh). Many travelers visited the Yelverton Inn including General George Washington. The Waywayanda – Cheesecocks Patent Trial, which decided the basis of local land ownership, was argued here by Aaron Burr and Alexander Hamilton in 1775.

In mid-nineteenth century, the Chester Meadows were drained to become the fertile black dirt supplying fabulous vegetables to the region and, because they were less perishable, onions to the Civil War troops, perhaps even some of Chester’s boys serving with the 124th New York State volunteers – “Orange Blossoms.” Today, but a few farmers continue to supply the local and New York City fresh markets and onions worldwide.

In 1841 the Erie Railroad was completed through Chester and station agent Thaddeus Selleck convinced local farmer Phil Gregory to ship 240 quarts of fresh milk to New York City earning the railroad $1.20 in freight charges, thus spawning the dairy farming industry. Within a few years, that business grew to 300,000 quarts per day, earning over $1,000 a day for the Erie RR! The Erie Main Line carried the last train through Chester in the Spring of 1984. The following year the tracks were taken up.

Hambletonian, “The Father of Harness Racers” owned by entrepreneur William Rysdyck. Rysdyck’s horses “Long Island Black Hawk” and “New York Black Hawk” and finally Hambletonian did much to foster Goshen’s Historic Track as the “Birthplace of the Trotter.”  Hambletonian was the most famous trotter in history.  Foaled on Seely Farm near Sugar Loaf on March 5, 1849, he died March 1876. In 1893 a monument was erected over his grave, of Red Granite, 26 feet 10 inches in height and 6 feet square at the base. 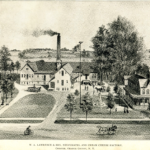 By the 1870s, both C. H. Green and Wm. A. Lawrence were making and selling Cream Cheese in Chester. In 1928 the Kraft Cheese Company acquired the rights to Lawrence’s operation. The cream cheese that was originally developed here in Chester is still being produced! Kraft sells it: Philadelphia Brand cream cheese.

Holland’s world-famous tulips at the 1939 World’s Fair in Flushing Meadow, New York looked so good because they were growing in rich Chester soil excavated from next to the old L&HRR trackbed off the end of Hudson Street. Now silted in, this was for many years this was a favorite fishing hole.

During World War II, the Laroe Saw Mill of Sugar Loaf supplied oak for the decks of America’s Aircraft Carrier Fleet.  These are but a few of the stories from Chester’s rich history!

New York Penal Law provides criminal penalties for damages to “any real or personal property maintained as a cemetery plot, grave, burial place or other place of interment of human remains.”
Note: The ownership of grave goods, such as grave markers, does not pass with the ownership of the real property (the land), but remains the personal property of the estate of the interned.

New York State Cemetery Board governs the operation of cemeteries in New York State is set forth in Article 15 of the Not-for-Profit Corporation Law. “The intent of the law is to ensure that cemeteries remain financially self-sustaining in perpetuity and that they be operated on a nonprofit basis in the public interest.” This only applies to operating nonprofit cemeteries and not to cemeteries that have ceased operations, family burial plots, native interments, etc.  https://www.dos.ny.gov/cnsl/cemreg.html 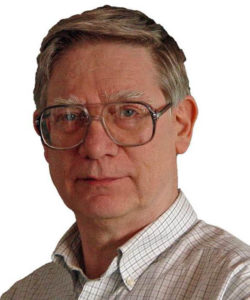 The Town of Chester NY © 2022. All Rights Reserved